Off beat for off beat parents and teachers

Knock! Knock! Knock! Who’s There? By Phillippe Goosens didn’t just surprise me. It made me laugh out loud. At first, I worried along with Bear when knocks from suspicious characters came in the middle of the night. A ghost, an ogre, a wolf and a witch, that’s who seem to want to come in. When Bear finds out it is his friend Archibald who’s knocking, he throws open the door. But Archibald has a surprise for bear. He brought new friends, the ghost, an ogre, wolf and witch. 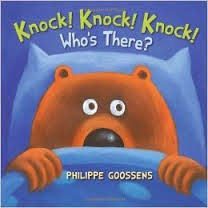 To continue on an “off beat,” read a Mammoth in the Fridge by Michael Escoffier, illustrated by Mathieu Maudet. The mammoth’s embarrassment, the understated reaction from the family and firemen who chase him, make this story hilarious. How did the mammoth get in the fridge? Who put him there? That’s for you to find out. 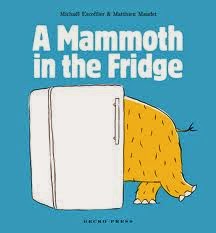 Posted by Karen Hokanson Miller at 4:17 PM No comments: