This is just a sample of the fun article about the monsters in the USA.

The Most Famous Mythical Creature in Each State 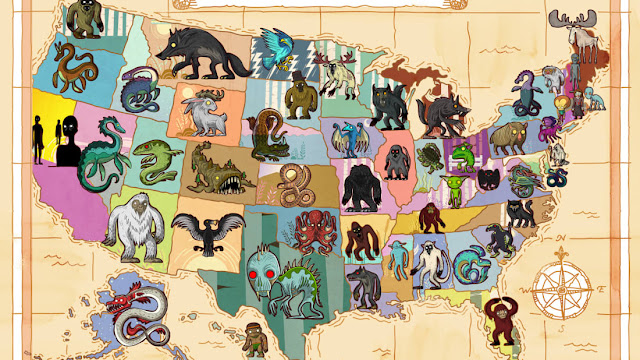 
The widespread popularity of fantasy franchises like Lord of the Rings and Game of Thrones suggests that, on some level, we all wish that dragons, giants, and other magical creatures actually existed.

While Nifflers, Thestrals, and Blast-Ended Skrewts may only be found within the pages of a Harry Potter novel, plenty of other mythical beasts have allegedly been spotted a lot closer to home than you might think. CashNetUSA's SavingSpot blog created a map highlighting the most famous magical monster in each state—an American edition of Fantastic Beasts and Where to Find Them, if you will.

Some slither, others skulk, and pretty much all of them have the potential to take your nightmares to the next level. You’ll probably recognize some of the better-known ones: New Jersey is home to the Jersey Devil, Texas claims the fanged Chupacabra, and Washington boasts Bigfoot, who seems downright charming compared to others on the list. 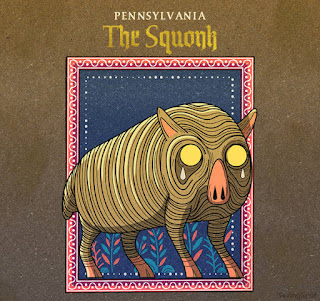 The Loch Ness Monster lives all the way out in Scotland, of course, but she’s definitely inspired a few Nessie-wannabes right here in the States. Nevada has Tahoe Tessie, an 80-foot-long possible plesiosaur, and Maryland’s Chessie calls the Chesapeake Bay home. 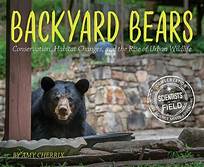 We see them in the backyard, digging through trash. But what doing we really know about bears? (Here's a hint...Goldilocks was all wrong.) Bears are so much interesting than our stories about them. Backyard Bears takes us into the lives of city bears. What a great pick for reluctant readers!

Posted by Karen Hokanson Miller at 10:59 AM No comments:

A Coyote in City Park? 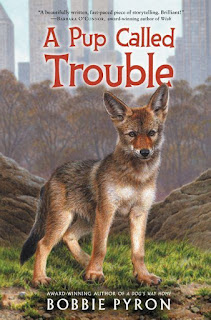 Ever been to a city park? Possums, crows, dogs. You’d expect to see them. But a coyote pup? How did he get there? Trouble finds himself there after his curiosity and impulsivity take him away from the wilds and into a world he knows nothing about. Think of Watership Down,and Mrs. Frisby and the Rats of Nimh, and you’ll have the flavor and feelings of A Pup Called Trouble.  This is a good choice for reluctant readers. Who doesn’t want to read about a coyote trapped in the city?
Posted by Karen Hokanson Miller at 10:56 AM No comments:

Books for Animal Lovers...and Who isn't? 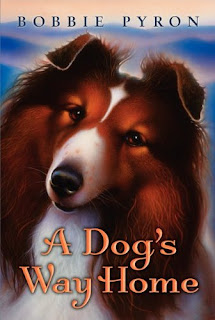 Adventure. Danger. Sadness. Everyone will face these someday. That’s why I connected with A Dog’s Way Home.Abby and her dog Tam are in terrible car accident. Tam, crate and all, is thrown into a rushing river that carries him far away. But It’s more than a dog separated from owner story. It’s about the courage Tam the dog and his owner Abby show as they look for one another. And thankfully, there’s a happy ending! I love books that show the human and animal spirit.

Posted by Karen Hokanson Miller at 10:54 AM No comments:

Bogeymen aren’t so scary after all!

Kids from Burnsville,NC helped me celebrate Toe River Art’s 2019 opening. I read aloud from my book Bogeyman 101:A Guide to Bogeyman Around the World. My excellent listeners draw pictures of the bogeymen.
XHere they are! 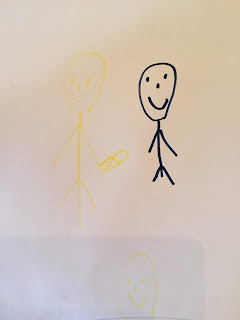 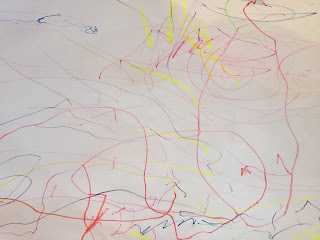 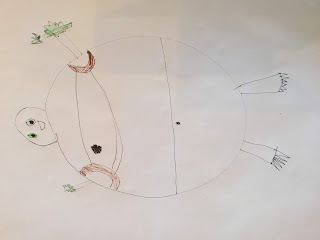 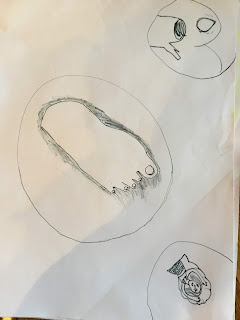 Posted by Karen Hokanson Miller at 7:35 PM No comments:

Do You Need a Friend? 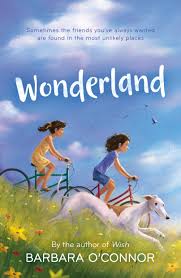 Something I’ve noticed about my favorite writers is that I think they’re writing about me. Maybe not today’s me, or even yesterday’s me, but me someday. That’s what Barbara O’Connor does in Wonderland: The Novel. I found myself in all her main characters (yes, even the dog’s.) Poor little rich girl Rose is in need of a friend. Gypsy girl Mavis, whose mom just can’t find the right job, or man, or life, is never in a place long enough for her to make a friend. There’s Mr Duffy, who is not only mourning his wife but also his dog, and the runway greyhound Henry who only wants a true home. That’s all you need to know. If you’re like me, you won’t put the book down until you find out what happens to these star crossed friends.
Posted by Karen Hokanson Miller at 9:21 AM No comments: